JOVERTEX, S.A. through the financial support of DIGITALIZA-CV Program from the Valencian Institute of Business Competitiveness (IVACE) has obtained the following grant for the project of digitalization carried out and which has also had the support of the European Union for having been selected in FEDER PO of the Valencian Community 2014-2020.

This Project has consisted in the development of SCADA systems, one for the automation of the dyeing process with the dosing machine, other for monitoring and control water circuit for the dyeing and finishing production sections, and the last SCADA system for the management of the WWTP. With the automation of our processes the company, is more competitive, have greater control and avoid production errors, have passed from a semi-automatic process to a fully automatic process, in which the machine itself is requesting the different chemical products and dyes at time it is required during the entire process.

Project Title: DEVELOPMENT OF SCADA SYSTEMS TO THE AUTOMATIZATION OF PROCES SES OF THE COMPANY AND ITS INTERCONNECTION WITH THE ERP.
File number: IMDIGA/2017/138
Support: 19,631.54 € 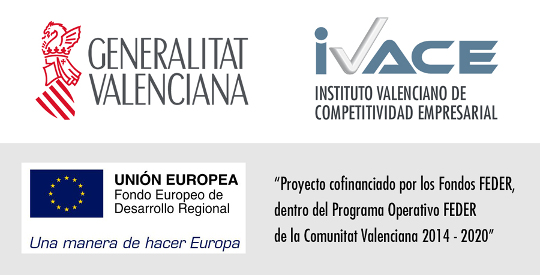 Learn more about the Jover Group and its longer than half a century manufacturing experience. We do all of the production processes in our vertically integrated production plant, where we have more than 29,000 square meters equipped with the latest technology available. We take care of the environment and have been awarded for our constant commitment to sustainability. We have the ISO 14001 certification. Working with Jover guarantees quality and safety.

Committed
to the enviroment